Across the Arab world, a new round of revolt and internal upheaval is underway: in Algeria, Sudan, Iraq and Lebanon the fundamentalist forces that today embody political Islam are openly opposed by the peoples in revolt. And a survey shows that democracy is the answer to the Islamist winter. 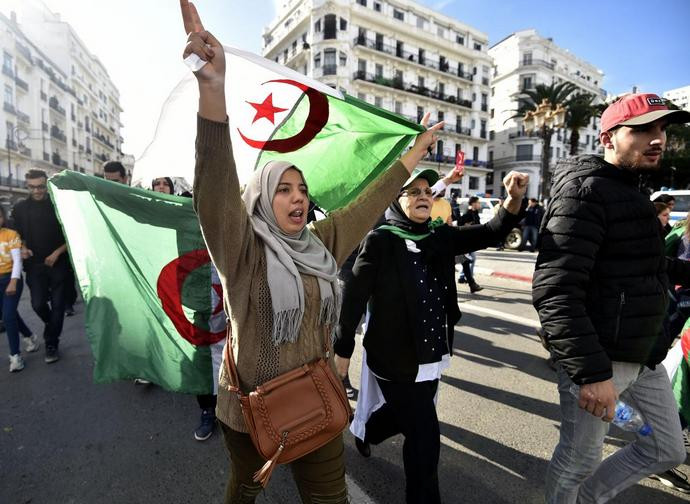 Across the Arab world, a new round of revolt and internal upheaval is underway. The sparks have flared up once more in North Africa, with the Algerian people: since February, are continuing their struggle against the gattopardismo (change to keep everything as it is) of the old oligarchic-military regime, which does not intend to let go of power even after the departure of Bouteflika. In Sudan, young people and civil society have succeeded in dethroning the Islamist general Al Bashir after thirty years of dictatorship, although not without paying a tribute of blood, and they are now determined to carry through to complete the transition towards a fully civil and democratic government.

In Iraq, the blood tribute becomes ever heavier day by day, as a result of the repression of the anti-government protests, carried out by the security forces and paramilitary militias linked to the Iranian Khomeini regime. Meanhile in Lebanon the extreme corruption of the ruling class has managed to unite the people of the “revolution” now underway well beyond the traditional lines of sectarian membership.

Is this a new Arab Spring? Not at all. The social and political causes are similar to those that triggered the 2011 uprisings in Tunisia, Egypt, Syria, and Libya: unemployment, poverty, corruption, total loss of legitimacy on the part of rulers and politicians, a demand for rights and freedom, for regular elections and democracy. On the other hand, the difference with respect to eight years ago is the refusal of the demonstrators to allow so-called political Islam to seize control of the revolutionary processes, manipulating it to advance the Islamist agenda. In essence there will be no Morsi, no Al Sarraj or Ghannouchi emerging from these events. On the contrary, the fundamentalist forces that today embody political Islam are openly opposed by the peoples in revolt.

In Algeria, in the streets of the capital that are crowded with orange vests and university students, there is no space for the Muslim Brotherhood, supported by Qatar and Erdogan’s Turkey. In Khartoum, Al Bashir was closely linked to the Brotherhood, and in Iraq the new generation, heroically to say the least, is openly challenging the imperialism of the Khomeini regime, which wants to make Baghdad an Iranian province through the paramilitary militias headed by the notorious General of the Islamic Revolutionary Guard Corps, Quasem Suleimani. At the same time, the protesters in Lebanon have directly targeted Hezbollah, that has lost the confidence of the Shiites themselves because they are an integral part of the system of corruption that has led the country to the brink of economic collapse.

In short, enough with political Islam. Enough with the use of religion for political purposes, causing discrimination, violence, and sectarianism, as well as bad government. This is confirmed by a survey conducted by YouGov for the newspaper Arab News and for the Arab Strategy Forum: 43% of the youth interviewed, from various countries of the Middle East and North Africa, openly declare themselves to be enemies of political Islam, while 15% disagreed with the Islamists, in whom only 8% still have confidence (14% are undecided).

The prevailing sentiments in the Arab world are clear, and they are the same ones that, not coincidentally, are fueling the umpteenth protests on the Iranian side of the Persian Gulf, repressed as usual in blood by the Khomeini regime. What would happen if today the youth of the Middle East (over 65% of the population is under 30 years old) would be allowed to vote in truly free and democratic elections? The end of the Islamist winter and of the dictatorial and corrupt regimes that have stolen the future of the new generations and do not intend to restore it. The fulfillment of the revolution and the arrival of a true springtime passes through the ballot box.