Afghanistan will once again become a base for terrorism

NATO had been present in Afghanistan for 20 years. It came not to "export democracy," but rather to fight against terrorism following the attacks of 9/11 in America. What will happen now that the two-decade mission is over? The Doha Agreement that preceded the U.S. withdrawal envisaged peace in exchange for the Taliban's renunciation of anti-American terrorism. And yet the Taliban have already broken their promises. Instead of dealing with the government in Kabul, they have overthrown it. The risk of the return of Afghanistan-based terrorism is real. In Afghanistan there are men freed from maximum security prisons with weapons left behind by the Americans. In the wake of all this is the jihadist "myth" of a country that defeated America. 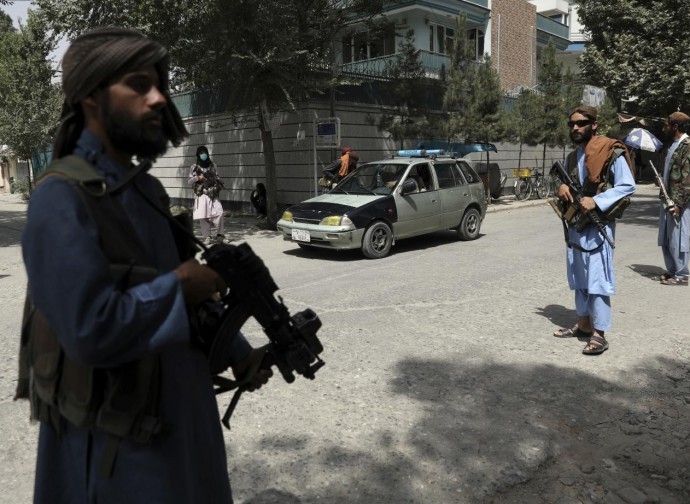 Following the Americans' hasty withdrawal from Afghanistan, we are reading a lot of sociology in the op-eds of the major Western newspapers. On the isolationist front, the most popular thesis can be summed up as "we have been wasting our time when we had no chance of bringing democracy to Afghanistan." On the humanitarian front, on the other hand, no one regrets the war at all, but at the same time they weep for the lost rights of women and preach unlimited acceptance of all future refugees from Afghanistan. One important question is missing from this uninspiring debate: what is the future of terrorism in Afghanistan?

It is because of terrorism that NATO and its allies have been in Afghanistan for 20 years. The long war did not break out because of the Taliban's destruction of the Bamyan Buddhas, nor because of its violation of women's rights who have been segregated at home and deprived of any and all entitlements since 1996. The war broke out for a very specific security reason: after the Al Qaeda attacks in Washington and New York on 11 September 2001, the US and later all NATO allies decided that Afghanistan should no longer be a home to international terrorism. Unfortunately, after NATO's retreat and the Taliban's immediate seizure of power in Afghanistan immediately after the rapid collapse of the regular Afghan army, now terrorists may use the country once again as a base and safe haven. This is so for three main reasons.

First of all, the Taliban have not kept their promises. According to the Doha Agreement, which was negotiated by Trump's administration with Taliban delegates, the withdrawal of international troops was supposed to be the culmination of a process that never actually began. This process was supposed to include negotiations between the Taliban and the government in Kabul, a substantial political normalisation of the Taliban, and a promise not to strike any more American interests abroad. In essence: no more war on the part of the US and no more terrorism on the part of the Taliban. Yet, the Taliban have already broken the first of these promises by overthrowing the government in Kabul without concluding any agreements. The fundamental step of political "normalisation" has been ignored. The Taliban who have been strengthened by uncompromising victories, have already removed their "moderate" and merciful" masks while hunting down Western collaborators and shooting at demonstrations of their opponents. The reality which should make us shudder is that of a new Islamic regime that is completely reckless and unpredictable.

Secondly, terrorists have been released in large numbers. This is also due to the collapse of the regular Afghan Army. According to the estimates from the American press, around 5,000 to 7,000 prisoners, (almost all suspected terrorists) have been set free. The largest mass escape took place at Pul-e-Charkhi Prison near Kabul which is the largest incarceration center in Afghanistan with a maximum security block for Al Qaeda and Taliban prisoners. We should especially remember that the Taliban movement itself is terrorist by nature. In Afghanistan and Pakistan the Taliban has employed  all forms of terrorism, including and above all, suicide bombers. However, until now, the Taliban's terrorism has been regional, not extending beyond Afghan and Pakistani borders (there is a direct link between the Afghan and Pakistani Taliban, but they are not the same organisation). Therefore, it is different from the international ISIS and Al Quad-run terrorist organisations. In fact, there is bad blood between the Taliban and the Islamic State, so one might expect more Taliban repression and control against ISIS. Nonetheless, ties between Al Qaeda and the Taliban have never been severed. The Al Qaeda wing in the Arabian Peninsula active in Yemen immediately issued a public declaration  of victory after the Taliban seized power in Kabul. Just outside the Al Qaeda orbit is another militant Islamist movement called Hamas (Palestinian offshoot of the Muslim Brotherhood). Hamas, likewise, congratulated the Taliban's victory from Gaza. Worst of all is the fact that Afghanistan, just like the territory of the Islamic State after 2014, could serve as a catalyst for extremists, terrorists and would-be terrorists, who are all eager to live out the history and drama of the land where America (the 'Great Satan') was defeated.

Thirdly, if there is no shortage of men, then even more so there is no shortage of weapons and military equipment at their disposal. After the collapse of the Afghan Army of 352,000 armed men, their entire arsenal is now under the Taliban’s primary control. According to a recent American estimate, the armaments supplied during the years of training the Kabul Army would amount to 7,000 machine guns, 4,700 Humvees and 20,000 grenades, numerous reconnaissance drones and 200 aircrafts of various types. The scenes we have witnessed in the last two months are striking: Taliban militiamen filming themselves, triumphant, and on board abandoned helicopters in Herat. They proudly display stockpiles of seized weapons and equipment. In the At the Sultan Khil base in the province of Wardak, guerrillas have seized 70 precision rifles, 900 individual firearms, 30 Humvees, 20 pickups and 15 armoured vehicles. Containers loaded with satellite telephones, grenades and mortars, still marked 'Property of the US Government', are now in the hands of the Koranic "students." Then there is a video of truckloads of small arms abandoned at the Kabul airport, at the mercy of the first person who comes to pick them up. This has been cause for uproar. Meanwhnile, the Pentagon, which did not have time either to collect or to destroy the weapons left in Afghanistan, has no plan in place to retrieve their abandoned military assets.

How long will it be before we are talking once again about terrorism based in Afghanistan? General Mark Milley, head of the US Joint Chiefs of Staff (the de facto commander-in-chief) has admitted in the Senate that he will have to revise its estimates of the timeframe for a return of terrorism in Afghanistan. In its previous report issued last June, the risk was considered “mid-level.” Now, Milley admits the timing of terrorist threats again originating in Afghanistan might be much faster than previously expected.