A State of Fear Used To Justify A New Regime

The Doomsday Clock, the imaginary clock that indicates how close we are to Judgment Day, has just been moved at the beginning of 2020 to “100 seconds from midnight.” Are we really living in the most dangerous moment of history? The continuous top-tier news coverage of the Chinese coronavirus is keeping us in a continual state of fear, a fear that is unjustified but which “serves a purpose.” 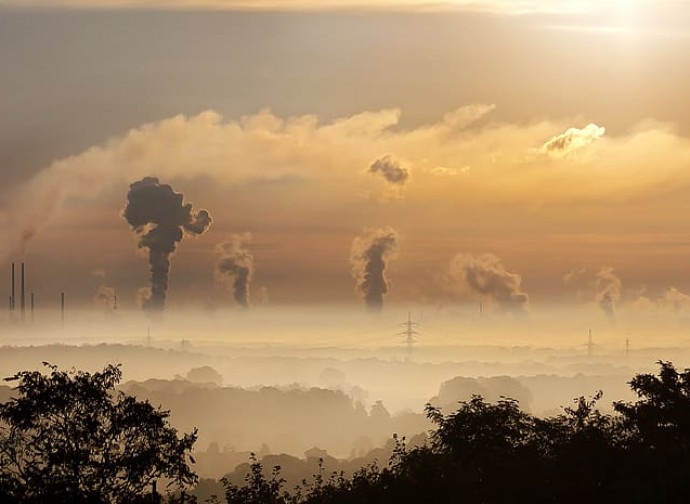 Ever since 1947, the so-called “Doomsday Clock” has been ticking. This imaginary clock is meant to indicate how close we are to Judgment Day, to the moment in which humanity will destroy itself by a man-made catastrophe: global thermo-nuclear war. The clock is set by a committee of scientists who issue the Bulletin of Atomic Scientists almost annually, using minutes and seconds to express the current level of risk of a nuclear war. The chilling news announced this week is that the Doomsday Clock has been moved up to only 100 seconds from midnight. The committee warns: “It is the closest we have ever been to the apocalypse. By moving the clock so close to midnight, the committee members are explicitly alerting our readers and the citizens of the world that the state of international security is more dangerous today even than during the height of the Cold War.”

Let’s take a look at some past moments and how they are said to compare with the present. Back in 1983 the clock was not updated at all, even though it was the height of the “Euromissile” crisis, when twice in three months (in both September and November 1983) the nervous Soviet command came close to launching nuclear weapons against NATO. Only the lucidity and firmness of reasonable men like Soviet Colonel Stanislav Petrov and American Lieutenant-General Leonard Perroots avoided the worst. The clock was updated in 1984, when it was moved to “3 minutes to midnight,” much less serious than today.

In the judgment of the Bulletin of Atomic Scientists, no period of the nuclear age has ever been as dangerous as the present time. Beginning in 2018, the clock was set at two minutes to midnight, worse than either the Cuban missile crisis or the Euromissile crisis. And now in 2020, for the first time, we are no longer counting minutes but seconds to midnight: 100 seconds, only a bit more than a minute and a half. Are we really only one step away from nuclear war and we haven’t even noticed? What has happened in the last three years that is so catastrophic? It’s easy to figure it out: 2017-2020 have been the years of the Trump administration.

The Bulletin of Atomic Scientists declares in its explanatory editorial: “Humanity continues to face two existential dangers simultaneously: nuclear war and climate change.” Here is the real explanation of what has changed: every day climate change is being considered as a possible cause of human extinction on the same level as a nuclear war. And by withdrawing from the Iranian nuclear agreement as well as the Paris climate change accords, the Trump has literally sent the editors of the Bulletin of Atomic Scientists into full tilt, much more than an actual nuclear crisis would.

In their indignant explanatory editorial, the scientists declare that the danger is growing because “in the last two years we have watched as influential leaders denigrate and neglect the most efficacious methods of dealing with complex threats – international agreements with strong verification measures – in favor of their own private interests and internal political advantage.” Can anyone guess which politicians they are referring to? Two are named: Trump and Brazilian President Jair Bolsonaro. Evidently the editorial is not a realistic prediction of when the apocalypse might happen but rather a left-wing political screed.

But in the meantime, the alarm has been sounded by an authoritative source and is causing worldwide concern. It resonates with the panic that is rapidly spreading in all the major media over the spread of the new coronavirus from Wuhan province in China. As of this writing, a little over 100 people have died in an urban area of 11 million people (in a nation that has 1.5 billion inhabitants). Just to make a comparison, during a typical winter flu outbreak here in Italy, there are often 4000-6000 people who die. Even if the risk of an epidemic cannot be completely dismissed, the figures we have at present should not cause us to panic. The numbers do not justify the top-tier coverage that the world media are giving to the initial outbreak of what is only potentially a pandemic. We ought to be much more afraid of diseases like the Ebola virus that is still causing many deaths in Africa, but strangely we hear about this disease much less.

Together with the “100 seconds to midnight” of the Doomsday Clock and the repeated cries of Greta Thunberg that constantly remind us that “we are running out of time,” the panic over the coronavirus completes a wardrobe of fear that we are supposed to put on every time we open a newspaper. There is a single thread linking everything together. The scientists who monitor the Doomsday Clock say, “Do not govern your own nation, but let your nation be governed by international organizations.” Greta says, “Don’t produce as much as you want, but be guided by international organizations that will tell you how much and what to produce.” And even the Chinese coronavirus, which is also attributed to climate change, only reinforces the desire for international control – over flights, over treatments, over  personal habits – in the name of an “emergency” that justifies censoring every objection.

The Chinese communist authorities are boasting that they built a hospital in ten days (has anyone verified this?) and that they have completely isolated a megalopolis of 11 million inhabitants (How exactly did they do this? And how effectively?). And in response, there are now those in the West who are beginning to think that it may be better to “Do as the Chinese do,” that is, to follow the example of a communist dictatorship.