The Irish Church was once a forge for missionaries; today it’s experiencing a serious shortage of priests and vocations. Several dioceses (including Dublin) have responded by developing plans with lay-led liturgies, fewer Masses and unified parishes. Yet, even in the midst of the crisis, there are still some institutes where hope flickers. 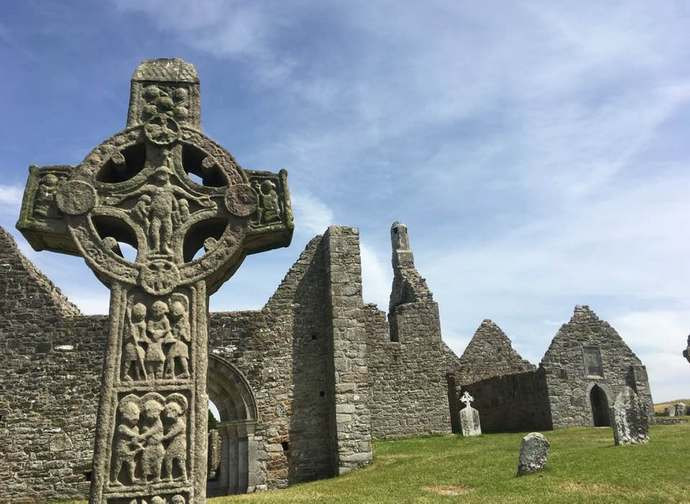 As late as the 1960s, if you were a recently ordained priest in Ireland, you joined a waiting list for a parish placement. Ireland had such an abundance of vocations that new priests often began their ministry abroad and dioceses in England and the United States benefitted while the young men waited for a spot to become available back home. Only small rural parishes would have just one priest, with most having at least a PP (parish priest) and a CC (curate) to meet their spiritual needs. Others joined missionary orders like the Spiritains (formerly the Holy Ghost fathers) or the Columbans. As a result, Irish priests, brothers and women religious have had a hand in the formation of national churches from Africa to Asia to the Antipodes over the past two centuries.

Others still joined the many orders whose monasteries and convents dot the Irish landscape, some now as ruins, others effectively as retirement homes. Few Irish towns lacked the presence of the Dominicans or the Franciscans or the Augustinians, to name but a few. Meanwhile orders like the Presentation Brothers and Sisters, the Loreto Sisters, the Ursulines and more were integral to founding schools, hospitals and hospices across the country. The social and healthcare infrastructure of the Irish State, founded 100 years ago in 1922, was grounded in the work of the Church.

How times have changed. We no longer send out missionaries and could very soon be in need of some. Over the past few months, several Irish dioceses – including the largest, the Archdiocese of Dublin – have laid out plans for lay-led liturgies, less Masses and the amalgamation of parishes as the vocations crisis bites. I am by no means singling Dublin out, as it is not alone. The Bishop of Limerick Brendan Leahy highlighted the bleak the picture looks, admitting that in the future Catholic funerals and weddings could be conducted without the presence of a priest.

In defence of the bishops’ plans is the stark reality that the vocations cabinet is practically bare. When Ireland’s national seminary St Patrick’s College Maynooth was opened 225 years ago, it was designed with a maximum capacity of 500 seminarians. This year, just 10 men began their studies for the priesthood in Maynooth. What is remarkable is this figure is up on the six who entered last year, while a further 9 candidates are undertaking the mandatory one-year pre-preparation, the propaedeutic year.

But don’t count your blessings yet, as the 10 candidates represented just four of the 26 dioceses in Ireland. Some 10 dioceses have no candidate at any stage of formation. They have none doing a propaedeutic year; none entering seminary; and none already in formation. For these dioceses, it will be a decade and more before they see a new priest, while Dublin diocese currently has one seminarian studying to serve its 197 parishes.

Meanwhile, dioceses are facing a spate of retirements in the next five years as elderly priests take some well-deserved rest – although the reality is many will stay on until their body’s fail them. Of the 312 priests who currently hold parish appointments in the archdiocese of Dublin, 139 are over 70 years of age, while 116 of the 312 are on loan to the archdiocese. For some, this future is already present. In the diocese of Cork and Ross, 12 priests retired over the summer of 2022, meaning its Bishop Fintan Gavin was down roughly 10% on the number of priests available to him.

Cork and Ross was unsurprisingly one of the latest diocese to re-structure, creating ‘families of parishes’ ministered by teams of three to five priests. The result was a number of parishes were left without a resident priest for the first time in living memory. On the other hand, overworked priests were offered the opportunity of much needed support from their peers.

At the same time as dioceses face up to a harsh reality, religious orders are withdrawing from locations where they have had a continuous presence for hundreds of years. In Athlone, where the Franciscans have been present for more than 800 years, surviving Oliver Cromwell’s anti-Catholic persecution in the 17th century and the Penal laws (which made Catholicism illegal) in the 18th, the order announced on October 18 that they will be withdrawing in January 2023. Of the 78 Franciscans in Ireland, 52 are aged over 70. No one knows what will happen to their church; already speculation is rife that it could become a nightclub. This is a story repeated across the island, in cities like Dublin, Waterford, and more. These withdrawals have a knock-on effect on already overstretched diocesan resources.

There are some signs of hope, thankfully. For example, the Irish Dominicans currently have 16 men in formation, while six Irishmen are studying for the priesthood with the Institute of Christ the King. And the reality of lay-led liturgies is still some way away yet, particularly in cities – we are nowhere near the almost Sacramental famine of countries in the Amazon region, for instance. However, at this point these smalls signs of hope are little more than a mustard seed. We in Ireland hope and pray and strive that it might grow into a fruitful tree; but we know this will take a long time. It has taken just 50 years for the Church’s strength to fade; it will take at least twice that to restore it.