Twenty years after September 11, we remember the day 'that changed the world', as many commentators write. But, actually, what we should try to understand is why 9/11 did not change the world at all. Al Qaeda is still there, Isis was born, jihadism is still expanding, even the Taliban, defeated then, are back in power. What has happened? The US and its allies have never suffered military defeats. It is politics that has decided to stop fighting. And it has done so driven by three real powers of contemporary thought: materialism, relativism and Third Worldism. 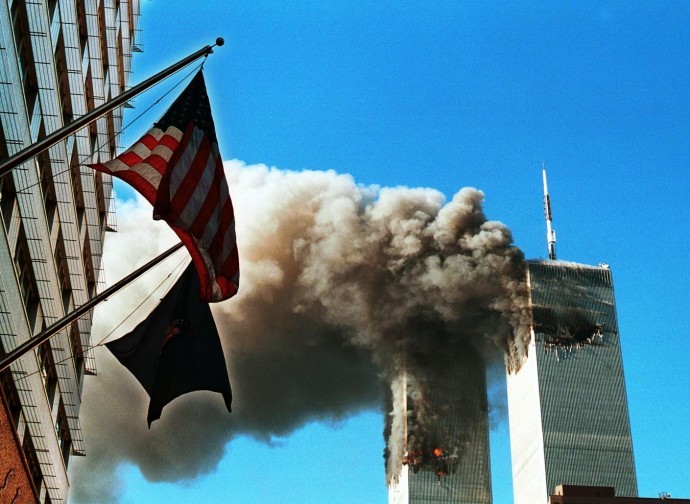 Twenty years after September 11, we remember the day 'that changed the world', as many commentators write. But, actually, we should try to understand why 9/11 did not change the world at all. Osama bin Laden, the mastermind of the 9/11 attack, was killed (on 2 May 2011), but Al Qaeda is alive, both as an ideology and as an armed movement. And it is still led by its ideologist, the Egyptian, Ayman al Zawahiri. The jihadist galaxy is expanding, not retreating. It is expanding mainly in Africa, even reaching regions of the Dark Continent that were not yet known for Islamic terrorism. In 2001, the Islamic State, born from a rib of Al Qaeda, did not yet exist: it took four years (2014-2018) to destroy its territorial entity between Syria and Iraq, but as a terrorist movement it still exists and proselytises throughout the Muslim world. In Europe, we were not yet aware of the phenomenon of Islamic attackers acting on their own, the “lone wolves”, but since the 2010s they have unfortunately become a constant nightmare for public security.

The West appears to be on course: the Americans have just left Afghanistan, but the French are also withdrawing from the Sahel region (a land of conquest for Al Qaeda since the late 1990s) and the Biden administration has promised to leave Iraq by the end of the year. Everywhere the West does not leave in place friendly governments fighting terrorism, but unstable governments (in the Sahel), friends of the enemy (Iraq) or openly pro-terrorist. The case in point is Afghanistan, where it all began. The Taliban, who hosted bin Laden and allowed him to carry out the attacks on New York and Washington, not only still exist, but are back in power. Twenty years after 9/11, they can form their own government, with a prime minister on the UN terrorism blacklist and an interior minister wanted by the FBI.

And yet, 9/11 was the moment when "our eyes were opened" to the Islamic threat, as Italian journalist Oriana Fallaci so aptly described in her celebrated book The Rage and the Pride. So why did we shut them again in the following twenty years? As we have already written in these columns, the defeat in the war against Jihadism was not military, but political. At this point, we should try to understand why politics decided to stop fighting, first of all in the United States, but also in the European allied governments. Behind the political reasons there are always strong cultural reasons. Let us look at some of them: materialism, relativism, Third Worldism.

Materialism: the American and Western ruling classes in general have proved to be so secularised that they do not understand how a religious and millenarian movement such as the jihadist movements (Al Qaeda, Islamic State and their local allies) works. The demonstration of the extent to which Western leaders have not understood, until the last moment, how the enemy reasons, can also be found in the disconcerting phrases of Zalmay Khalilzad, the US peace envoy for the Afghan crisis. On the eve of the fall of Kabul, he warned the Taliban: "Any government that comes to power by force in Afghanistan will not be recognised by the international community". NATO Secretary General Anders Fogh Rasmussen also said more or less the same thing. Apart from the fact that the Taliban are by no means isolated (they have Pakistan and China on their side), the very idea that they could be intimidated by the prospect of international isolation is ridiculous. The Taliban have a religious worldview, they are concerned about the afterlife and how to conquer paradise, much more than about being diplomatically recognised by (secular, hence infidel) states.

The world of international relations experts has always favoured a materialist interpretation of the conflict with the jihadists. After ridiculing one of the few dissenters, Samuel Huntington, author of The Clash of Civilisations, academia has argued, for example, that the Taliban's aim was to represent the Pashtun majority in Afghanistan and that the Islamic State's aim was to seize the rich resources of northern Iraq on behalf of and in the interests of Sunni Arabs. As former British Prime Minister Tony Blair bitterly notes, the current interpretation is that there is no global jihadist threat and it is considered politically incorrect to name radical Islam: every cause is local and the aim is always traceable to some material interest. The politician is therefore driven to seek local agreements, with purely political criteria, without facing any ideological or religious challenge. And the Jihadists deal willingly, if they then have the prospect of deceiving the enemy and winning the war.

The inability of a secularised culture to understand the religious cause of this war is especially evident when it comes to "lone wolves". If a single jihadist decides to carry out a suicidal action to kill himself and his "infidel" or "apostate" victims, he cannot in fact be motivated by any political or material interest. But in this case, both the media and politicians prefer to resort to the psychiatric explanation. If he does so, it is not because he is Islamic, but because he is “crazy”, with diagnoses made post mortem, immediately after the murder or suicide of the bomber, and without even checking his background.

Relativism, denounced by Pope Benedict XVI as the (cultural) dictatorship of our times, is certainly at the root of much of this materialistic reasoning. Relativism prevents the philosopher from distinguishing the true from the false, and therefore also the just from the unjust, and consequently does not allow him to claim that one political system is superior to another. The only ban that remains is on the judgement of another culture. If we had adopted the same criterion in the 1930s and 1940s, we would have had to say that the free countries had nothing to teach the Nazi regime, because each has its own value system. That was the case in this long conflict. In a minor episode, now forgotten, the then Italian Prime Minister Silvio Berlusconi said after 9/11 that Western civilisation, under attack, was “superior”. Faced with boycott threats from his Muslim business partners and under unbearable media pressure, Berlusconi had to retract his statement. In a much more famous episode, Benedict XVI's masterful Regensburg lecture, which warned of the danger of reason disconnected from faith (in the West) as well as faith disconnected from reason (in the Islamic world), came under attack worldwide, provoking episodes of anti-Christian violence in several Muslim countries (which indirectly demonstrated how apt that lecture was). In his first administration, Barack Obama removed any reference to “Islamic” terrorism from the police training guidelines so as not to offend the religion of Muslims. Obama went so far as to call the Islamic State “non Islamic”. The Biden administration goes further, making it clear from the outset that it regards the danger of far-right “white supremacism” as more serious than the jihadist threat.

Third Worldism (a term of the 1960s to indicate the Marxist ideology in support of socialist movements born in the post-colonial world) is now dominant not only in the antagonist movements. The proof, also here, lies in the common almost unanimous reaction of the NGO world immediately after 9/11: you reap what you sow. Just four days earlier, three thousand NGO representatives, participating in the Conference against Racism in Durban, had put forward a resolution equating Zionism with racism and asking for compensation for the victims of colonialism and the slave trade. In a worldview in which all evils stem from the West (the US and Israel in particular), even the attack on America was seen as a “response” of the “poor” to the world of the “rich”. If 9/11 was a “response”, the reason must be faced with dialogue, trying to listen to the reasons of those who were so exasperated as to arrive at suicide in order to murder 3,000 American civilians. And this transversal mentality has tied the hands of politics every time there has been a military response to terrorism. It is also at the root of the pressure exerted on Israel to grant a state to Palestine: a waste of time and diplomatic energy, not only because the Palestinian leadership has always refused, but also because the Jihadist movement is not just motivated by Palestine, one of its many fronts.

Materialism, relativism, and Third Worldism are three powers of thought that have in the end led politics to stop fighting jihadism. In our public opinions, whose attention is captured by Covid, and in the US also by the most contested elections in recent history, the Islamic terrorist has become the least of our concerns. If we are lucky, it will continue to be so. But the jihadist who, unlike the average Western man, can reason in universal religious terms, does not have the same sense of time as we do, and has proved capable of winning a war in twenty years (a generation). Now we appear collectively defeated. So a new 9/11 can happen again.