The annual World Watch List was presented last week: in 2020 there were 340 million Christians persecuted because of their faith, 309 million of them very severely. The number of Christians killed increased by 60%: from 2,983 to 4,761, an average of 13 per day. 4,277 believers were arrested without trial and 1,710 kidnapped. Islam remains the main matrix of persecution. Religious nationalism and, especially in China, communism, also weigh heavily. North Korea is still the worst performer. Among the factors responsible for the greatest difficulties for Christians, especially where they are a minority, Open Doors identifies Covid. 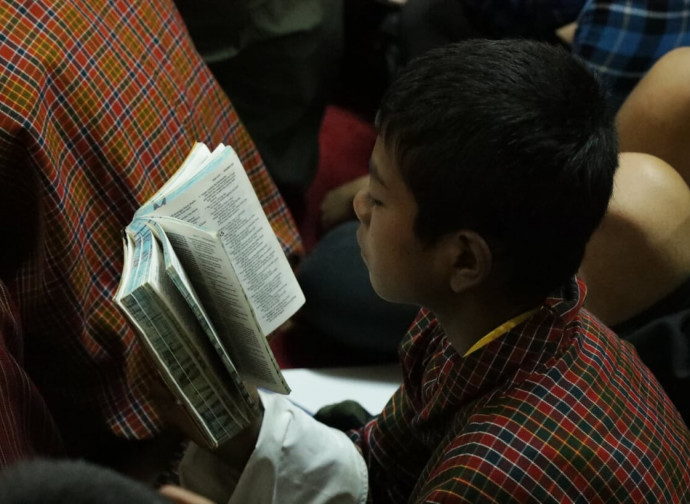 There are 340 million Christians in the world who are persecuted for their faith because they live in hostile territories, victims of prejudice and intolerance, defenceless when their lives, freedom and property are threatened. This is what emerges from the new report released on 13 January by Open Doors, the international association founded in 1955 to help persecuted Christians, which every year publishes the World Watch List (WWList). This is a list of the 50 states where it is most difficult to be a Christian, and is a report on the world situation, country by country.

In the previous report, for 2019, there were 260 million persecuted Christians in the 50 states on the list. In 2020, this figure rose to 309 million, a horrifying increase, even taking into account the concomitant population growth, and which alone justifies the concern with which the WWList is being commented on around the world at this time. Compared to 2019, the number of Christians killed has also increased considerably, by 60 per cent: from 2,983 to 4,761 (an average of 13 per day). There are also 4,277 Christians in prison without trial, arrested during the year (on average, more than 11 per day) following denunciations that are almost always blatantly specious. In addition, 1,710 were kidnapped (more than four per day on average). The only positive statistic is the sharp drop in the number of churches and religious structures (oratories, seminaries, schools, hospitals...) damaged, looted, destroyed or closed: 9,488 in 2019, “only” 4,488 in 2020.

During the press conference for the presentation of the report, Cristian Nani, director of Open Doors Italy, recalled that in the WWList countries are divided into bands according to the different levels of persecution, recorded by measuring the degree of religious freedom and tolerance in five areas: “private life, i.e. the intimate relationship with the faith; family life and how to live the faith within it; community or civil life and consequently also the world of work; national life, i.e. the type of laws that may discriminate against a Christian minority; and church life, i.e. the possibility that the community of Christians may suffer forms of restrictions to religious activities”. A sixth parameter measures the degree of violence experienced.

In 2019 there were three bands - extreme (11 states), very high (34), high (5) - while this year there are two: extreme and very high. This indicates that not only are there more Christians being persecuted, but that the situation of many has further deteriorated.

Open Doors identified Covid-19 as one of the factors responsible for the increased difficulties faced by many Christians in 2020. For example, confinement has forced many converts to Christianity to live in closer contact with family members who disapprove of their choice and “stress” it in many ways. The pandemic has also “exacerbated some already existing vulnerabilities for Christian minorities”. In several countries, including India, Bangladesh, Pakistan, Sudan and Vietnam, Christians were the first to lose their jobs and the last to receive food and health aid, from which in some cases they were excluded altogether.

In India, for example, Open Doors’ partners assisted over 100,000 Christians in need. Eighty per cent of them told WWList researchers that they had been denied access to aid distribution centres. Some walked for miles and had to hide that they were Christians to get help elsewhere. In Nigeria's predominantly Muslim northern state of Kaduna, Christian families in many villages reported receiving one-sixth of the food ration given to Muslim families.

According to the director of Open Doors Italy, the “matrices” of persecution of Christians are nine: Islam; religious nationalism: ethnic antagonism; intra-tribal, clan and family oppression; denominational protectionism (which occurs when one Christian denomination oppresses another); communist and post-communist regimes; secular intolerance; dictatorial paranoia; organised crime.

A glance at the list reveals all the matrices identified by Open Doors: ethnic antagonism throughout Africa; communist repression, which is devastating in China; religious nationalism, of which Hindu extremists in India are the most virulent example; organised crime, as in Colombia; and secular intolerance, which is spreading in Western countries. But the enormous role that Islam has assumed over the years is glaringly obvious.

The current band of extreme persecution includes 12 states: in order, North Korea (which has always been in first place), Afghanistan, Somalia, Libya, Pakistan, Eritrea, Yemen, Iran, Nigeria, India, Iraq and Syria. Sudan has come out, Nigeria and Iraq have come in. In nine out of 12 countries, it is Islam that persecutes Christians.

As for the remaining 38 countries where persecution is very high, in 27 Islam plays a decisive role, whether they have an Islamic majority (such as Morocco, Mali, Jordan...) or a Christian majority (Kenya, Mozambique...). Where Christians are a minority, persecution can be either institutional, exercised through laws that discriminate, marginalise and place limits on religious practice, whether imposed by civil society, or inflicted by radical groups and movements. Elsewhere, it is Islamic extremism that poses a threat that governments are unable or unwilling to counter. Mozambique, where Muslims make up less than 19 percent of the population, is the most recent case, infested with jihad since 2017. Still absent from WWList 2020, it is listed 45th in this report.