The Israeli study does not lie: there was an increase of as much as 25% of cases that had needed emergency treatment for cardiovascular problems, by young people and adults between 16 and 39 years old, between January and May 2021, compared to the corresponding pre-pandemic and pre-vaccine periods. This study shows that the problem of vaccine adverse effects has been largely underestimated and underreported. A marked change is also needed in view of future further doses. 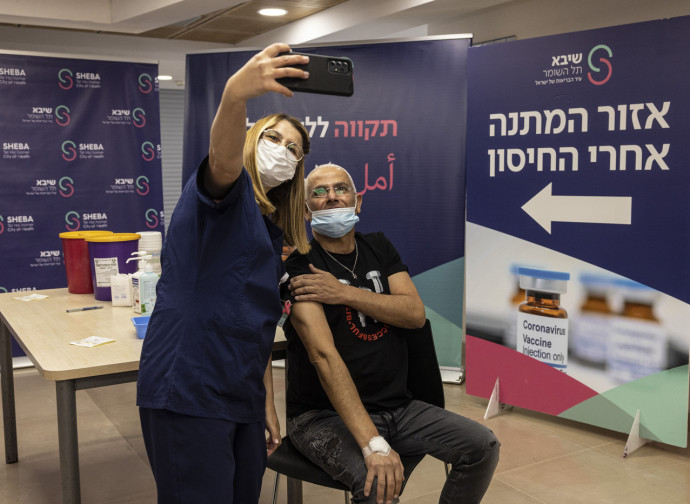 Nobel Prize winner for Medicine Alexis Carrel said that in scientific investigation what leads to truth is much observation. This simple but not always used method is able to correlate different phenomena. By observing certain symptoms, for example, one can trace the causes, i.e. the disease that caused them. This investigative method has led Israeli scholars, in collaboration with researchers from one of the world's leading scientific research institutions, the Massachusetts Institute of Technology, to publish an important study concerning the sharp increase in emergency cardiovascular events among the under-40 population in Israel in connection with the administration of Covid-19 vaccines.

It found an increase of as much as 25% in the number of cases that needed emergency care for cardiovascular problems, by young people and adults aged 16-39, between January and May 2021, compared to the corresponding pre-pandemic and pre-vaccine periods. Christopher L. F. Sole, Eli Jaffe, and Retsef Levi wanted to supplement existing vaccine safety surveillance systems with additional data sources.

Using information from the Israeli National Emergency Medical Services from 2019 to 2021, the study aimed to assess the connection between emergency calls for acute coronary syndrome in the 16-39 year old population with potential factors including COVID-19 infection and vaccination rates. An increase of more than 25% was observed in both call types in the period January-May 2021, compared to the years 2019-2020. The weekly emergency call count was significantly associated with the rates of 1st and 2nd dose of vaccine administered to this age group.

Such a finding, however, did not apply to persons infected with Covid. According to the researchers, the results raise concerns regarding undetected serious cardiovascular side effects induced by the vaccine and underline the already established causal relationship between vaccines and myocarditis, a frequent cause of unexpected cardiac arrest in young individuals. The researchers explicitly speak of a “causal relationship between messenger RNA (mRNA) and adenovirus vaccines (Astrazeneca) with myocarditis, mainly in children, young adults and up to 40 years of age”.

A follow-up study by the US Center of Disease Control (CDC) based on the VAERS and V-Safe18 self-report systems further confirms these findings. Myocarditis is a particularly insidious disease with multiple reported manifestations. There is an extensive literature highlighting asymptomatic cases of myocarditis, which are often under-diagnosed. Moreover, several comprehensive studies show that myocarditis is a major cause of sudden and unexpected deaths in adults under 40 years of age and estimate that it is responsible for 12-20% of these deaths.

Therefore, it is a plausible concern that increasing rates of myocarditis among young people may lead to an increase in other serious cardiovascular adverse events, such as cardiac arrest.

The paper suggests several important policy implications. Firstly, it is important that surveillance programmes of potential vaccine side effects and outcomes of COVID-19 infection incorporate data from emergency and urgent services, plus any other health data to promptly identify and investigate vaccine adverse effects.  In particular, early investigation is needed to better understand the underlying causes of the observed increase in cardiac emergency calls.

Secondly, it is essential to make patients and physicians aware of vaccination-related symptoms, such as chest pain or dyspnoea. This is particularly important among the younger population and especially young females, who often receive fewer diagnostic assessments for adverse cardiac events than males. Finally, this study shows that the problem of vaccine adverse effects has been largely underestimated and underreported. A marked change is also needed in view of future further doses.